I purchased my 968 in July of 2005 via eBay. The car was listed 3 times: the first time it didn’t sell due to a “deadbeat bidder”, the second time, the winning bidder claimed it was misrepresented since in the photos, the interior appeared to be black, when in fact, it was dark blue. I’m not sure that I believe that story, but at any rate, the seller let him out of the deal and re-listed the car. I actually called the seller at that point and he told me the above information, at which point I offered to purchase the car for the final bid amount of the previous auction. The seller declined and decided to let the auction run it’s course. I placed one bid on the final day approximately 12 hours before auction end as I was not going to be near a computer that day, and I was the reserve meeting, final and winning bidder – no other activity during the day. I ended up saving about $500.00 from the previous auction, so that paid for the plane ticket to Florida to pick up the car. So yes, I’m another one of the lucky ones you hear about who bought their 968 sight unseen, flew in and drove it home.

2) What lead you to your 968 purchase and what other models did you consider?

Well, that’s a loaded question. Being a Porsche fan since an early age, the technical answer to that question could either be “any of them” or “all of them”. But, we all know that’s not possible. The real answer to the question is I’ve always wanted a 911SC Targa. Not a coupe, not a convertible, not “an old one”, not a factory wide body turbo, just a regular old SC Targa. I have a good friend who used to be in the auto repair business and specialized in foreign cars, specifically, Porsche, Ferrari, Mercedes, etc and he always poo pooed my desire for an SC – that it would be too much trouble, leaks, rattles, tranny sucks, blah blah blah. What I really should get was a 968. “A What?” I said. I knew about the 924 and 944 front engine cars so I started looking at the 968 and doing some research. I really liked the cabriolet and I had just “sold” my 92 Miata to my parents for a weekend car, so I missed the rag top and “needed” another car. Tell that to my wife! Spin the clock forward a year or so and I acquire the previously mentioned mechanics old 944 as a daily driver to save wear and tear on the 968. Spin the clock even further to a few months ago, circa July of 2008 and yes, I finally have that elusive 911SC Targa.

3) Tell us about your 968, what is the VIN, the production date, and what options does it have?

The only history I know is what’s listed on the CarFax report I ran prior to purchase. It has been on the east coast it’s entire life…Alabama, Georgia and Florida. I am the third owner. I purchased it with 103454 on the odometer.

5) What modifications have you made to your 968?

I have made no mods to the car as of yet. I’ve spent a lot of time getting to know the car and learning about it. Some things I’d like to do include the airbox mod (I picked up a spare air box in case I ever want to revert back to stock), and chip. I do have the chassis stiffener for the cabriolet that has yet to be installed and will most likely do that in combination with the upper and lower strut braces sometime soon. I don’t think I’ll do any engine stuff, maybe exhaust, but do want to upgrade the brake lines and clutch hoses and other preventative items “while I’m in there” type of stuff. I’m far from a mechanic, but I’m not afraid to try, and never plan to track this particular car, so keeping it in mostly stock form is fine by me.

No maintenance history known. I did what amounted to a PPI as soon as I got it home and it’s been fine ever since.

Yes, I do as much as I can and I solicit my mechanic friend to do what I can’t. I mostly get in the way trying to help and learn. But, I’ve learned quite a bit and can now tackle quite a few things by myself that I never would’ve tried otherwise.

8) What aspects of 968 ownership do you like most and least?

What I like most is the uniqueness of the car and talking to people who are curious about it. It will be nice if it ever increases in value due to the low production numbers, but we all know that may well never happen.

I think what I like least is the fact that some parts are hard to find and or not available at all, which is somewhat bizarre to me in the auto world, and that the 968 appears to be somewhat of the red headed step child of the Porsche line, probably due to the low production numbers and the history behind the front engine water cooled cars. But, I feel the design of the cabriolet is superb, the lines are excellent and it will look just as good 20 years from now as it does today.

None specific, but I can say I’ve met a great bunch of folks (and continue to do so) as a result of owning this fine automobile. I love getting together with other owners just to talk cars and frequent the various computer sites to exchange info.

Regretfully, I’ve been super busy lately and have missed a couple of key events that would’ve been enjoyable and really haven’t had a chance to drive the car too much. That’s already changing, just as the season is, as I love putting the top down, engaging my heated seat, and going for drives in the fall. I’ve actually had the 968 out more in the last week or so than I have all summer and it’s been a blast.

Well, as mentioned above, I do need to do some preventative maintenance, so funds permitting, I hope to tackle some of those items this winter while the car is sleeping. I have recently finished a very thorough and meticulous detailing of the paint and took it to it’s first show this past Labor Day, so with a few additional cosmetic items, I plan to take it out and trot it around more often. Doubtful that it’ll ever be concours quality, but it’s certainly nice enough to keep clean and show as opposed to put into daily driver commission. So, it should have a fairly cushy rest of it’s life.

I joined PCA in 2005 immediately after purchasing the 968. It was my first Porsche that made me eligible to join.

12) What PCA activities have you taken part in and enjoyed?

None so far, other than the last few 968 Celebrations here on the east coast. I didn’t make it to Albaquerque although I was contemplating trailering the car out to join our left coast bretheren.

I’d like to take one of the high performance driving classes offered by PCA and would also like to do some autocross with the 944 at some point. 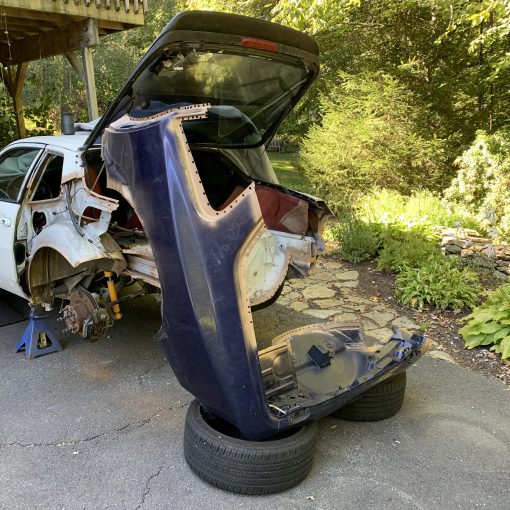 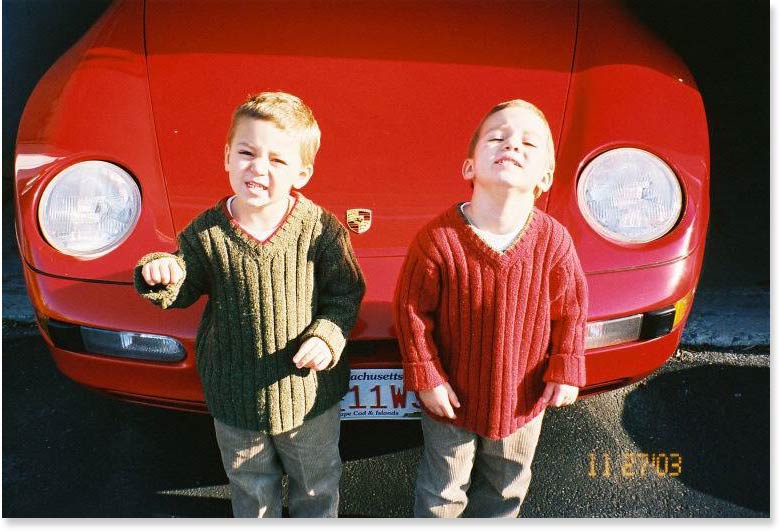 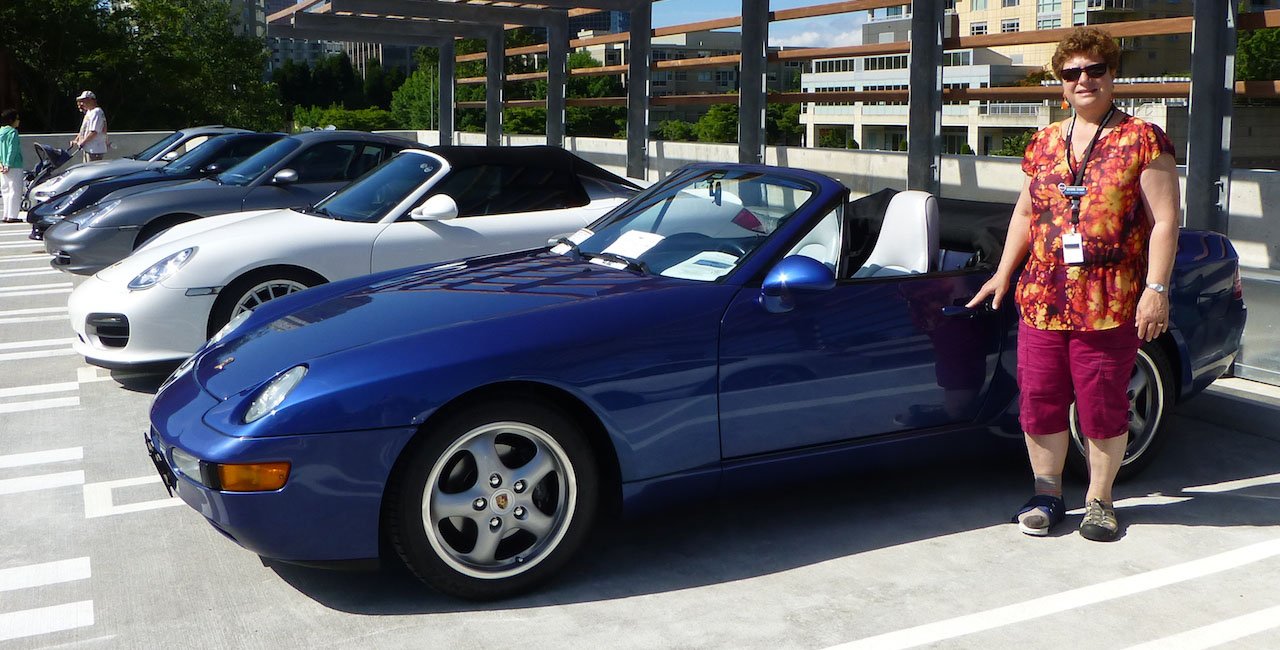