If you thought that Porsche was very generous offering to paint the purchaser’s new 968 in any of 33 available exterior colors over the four year production run you’ll be shocked to learn that the same buyer had 98 different interior configurations to choose from!  Why so many?  Well, when it came to outfitting a new 968 with an interior, the purchaser had 3 decisions to make: 1) color, 2) material, 3) configuration – and that resulted in 98 choices.  A unique interior code was assigned for each one of those combinations and used by the dealer when ordering a new 968.  On top of that, there were numerous additional special interior options which we’ll cover on a separate page dedicated to the subject.  So, take some time to review the following pages which will bring to you an understanding of the complex interior offerings for the 968: 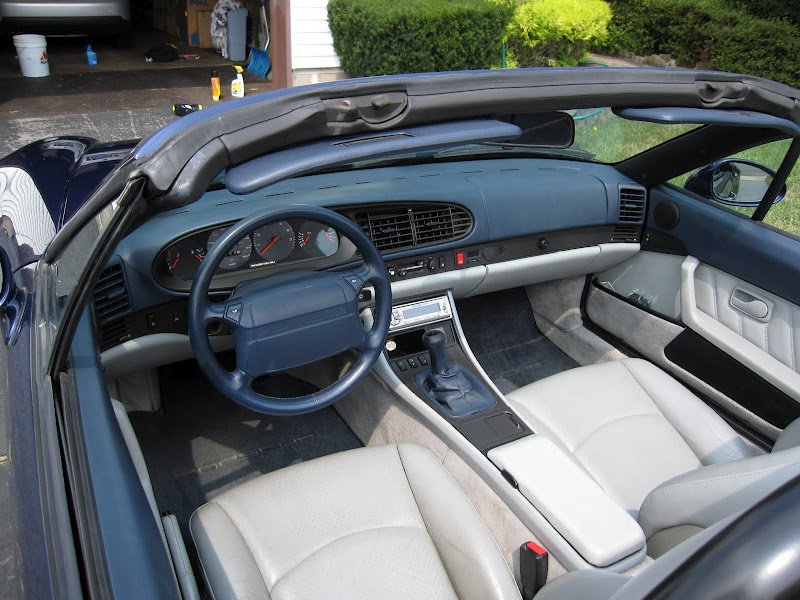 A couple of final notes on 968 interiors:

Although 968 interiors remained largely the same throughout all 4 years of production there were some minor changes:

Finally, remember that the dealer could do many things to make a sale.   Adding an interior upgrade was one of the easier upgrades so it would not be unheard of to find an interior upgrade installed on a 968 that was not installed at the factory. For example, I have seen a documented case where the sport seats were removed from a 968 at the dealer to be used in another car to make a sale. The 968 who lost its seats had the line item on the window sticker “whited out” to reflect that the sport seats were no longer in the car and the final price “recalculated” but when the car came out of the factory they were there.