There were 5 categories of material/configuration interiors available for the 968. They are listed below along with their pricing. One should note that the following leather wrapped components were standard on the NA 968:

The premier choice of the 968 interior offerings was full leather. With the full leather option the buyer would receive the following components wrapped in leather. An accompanying photo illustrates the leather wrapped component:

The second tier choice of the 968 interior offerings were all leather seats. With this choice the buyer would receive the standard 968 interior however the front bucket seats would be fully covered in leather, both the seat fronts and seat backs. Coupes would have their rear passenger seats covered in leather. The cost for the all leather seat interior was $1,957 ($1,949 93-95) for the cabriolet and $2,265 ($2,256 93-95) for the coupe.

By far the most popular, partial leather seats can be found on 94% of all the 968s produced for North America. With Partial leather only the seat fronts for both front buckets (the section that you actually come in contact with when sitting) were covered in leather. The seat backs and the rear passenger seats (for coupes) were covered in leatherette. At $668 ($682 for 93-95) the advantage of this option is clear, allowing a dealer to outfit and advertise a 968 as “having leather” at a very low price.

The standard offering for the 968 were the Cloth “Porsche Script” seats. With this choice the insert section of the seats were done in a very attractive cloth material showing the Porsche name in the Porsche font while the front seat bolsters were covered in leatherette. The rear seats were fully covered in the cloth material.   This interior was also quite rare with only 98 (2%) of the NA 968s outfitted with this cloth interior. 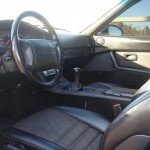 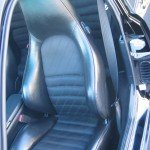 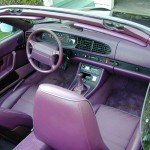 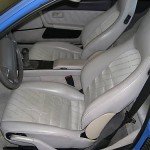 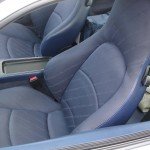 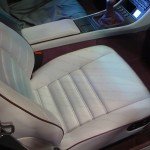 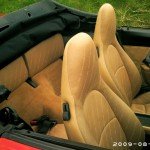 The rarest of the rare, there were only 7 North American 968s produced with the multi-color “plaid” interior option. This interior was a carry-over style used on the 944s and applied to the new 968 interior. It was similar to the cloth “script” seats in that the insert section of the seat was done in a plaid multi-colored cloth material while the front seat bolsters were covered in leatherette. The rear seats were fully covered in the cloth material.Additional facts about the Cloth Multi-color option: 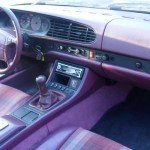 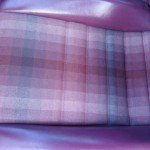 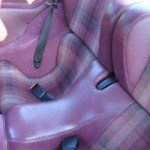 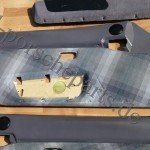 Production statistics for North American 968 interiors based on material and by popularity appear below: