Skip to content
Hello Everyone,
Happy New Year!
Hopefully the new year finds you  in good health and excited  to enjoy 2013 with your 968. Last year was a crazy one for me so I’m glad to see it behind me. That said, we did make it to Hershey (with the yellow coupe) and the Zone 1 concours in Brookline MA (with both the cab and the coupe) and had a great time at both events. The PCA 968 register continues to grow. We now have over 300 968ers as part of the register from all over the country.
PARADE!!!
For 2013 I am thinking about attending the PCA Parade in Traverse City Michigan in June this year. It is about the same distance for me as the Savannah Parade (14 hours) but I know the drive will be more pleasant and I hear Traverse City is a beautiful place. How about you? I’m taking a poll to gauge interest so let me know if you are thinking about the event. If we get a large enough group we could possibly do a 968 event there as well. All the info can be found through the link below.
http://parade2013.pca.org/
HERSHEY!!!
The PCA swap at Hershey is on the schedule for April 20th and we’ll make the annual pilgrimage for that event as well so maybe we’ll see you.
http://www.cpa-pca.org/swap/
If you have an event that you are attending and would like the other PCA 968 register members to know about let me know and I’ll include it in the next E-Newsletter.
E-Newsletter’s featured 968
For this E-Newsletter’s featured 968 I’ve chosen Ron Carr’s 968 coupe. Ron was on the hunt for a 968 for a while. An interesting example finally showed up and he was able to work out the deal and took ownership. Not only did he bring it to Hershey he made the trip to the 2012 Parade in Utah. Ron’s 968 is unusual in that it is outfitted with the 94.5-95 Chesnut Brown interior. Of the 4,042 North American 968 coupes and cabs only 11 (6 coupes, 5 cabs) had this color interior so it is indeed a rare sight. An interesting fact about this color interior, all 5 cabs produced with this interior  had a white exterior. For the 6 coupes, 3 of them were white like Ron’s. The other 3 were Aventurine Green, black, and get this, Red! I’ve seen the Red car in photos, not only is the Chesnut interior an interesting combination with the red, it has the $5K full leather package! Wild!!!
Here are a couple of shots of Ron’s car: 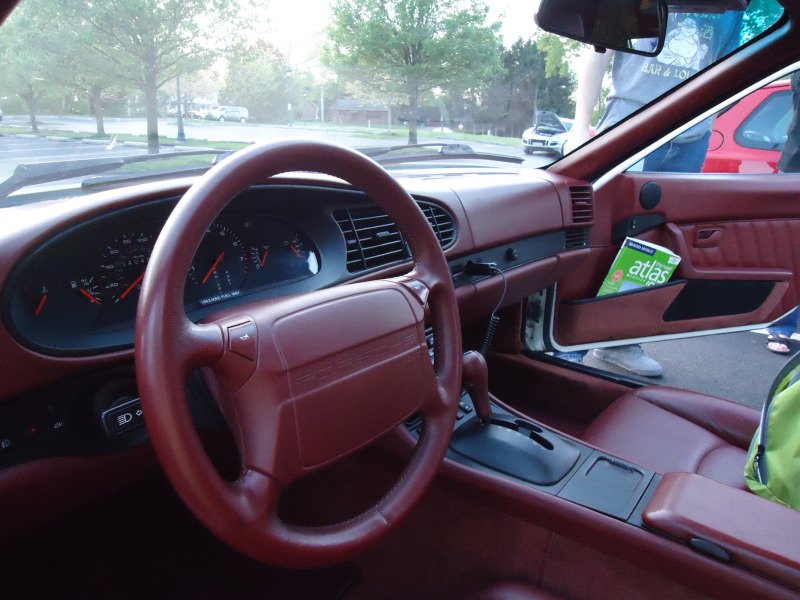 Spring is coming up quickly so be ready! 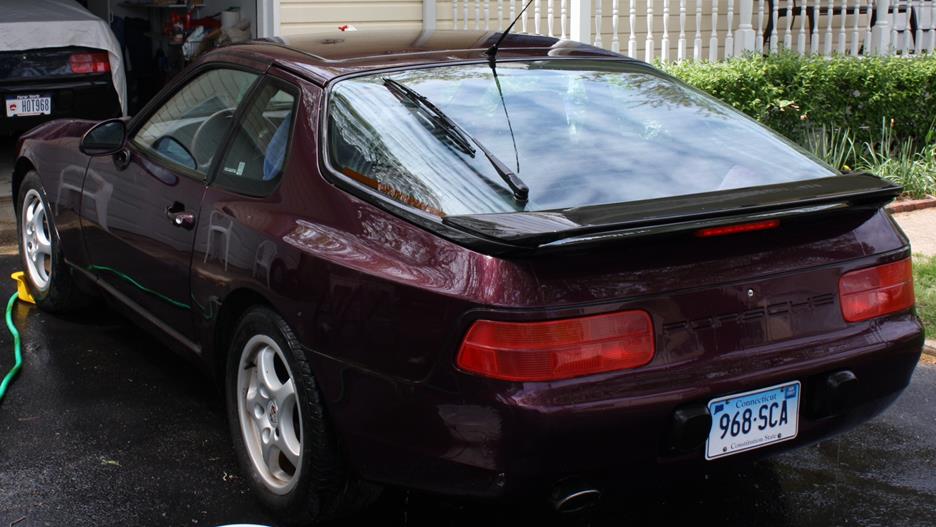 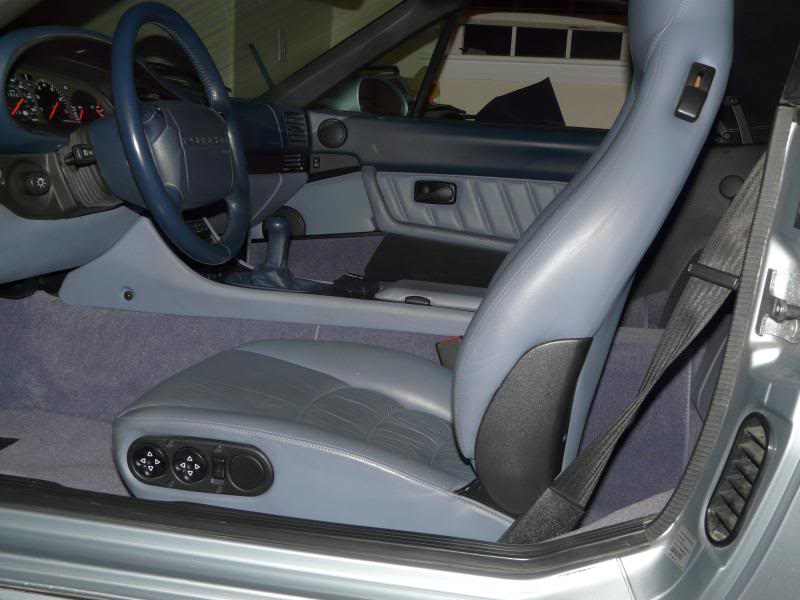 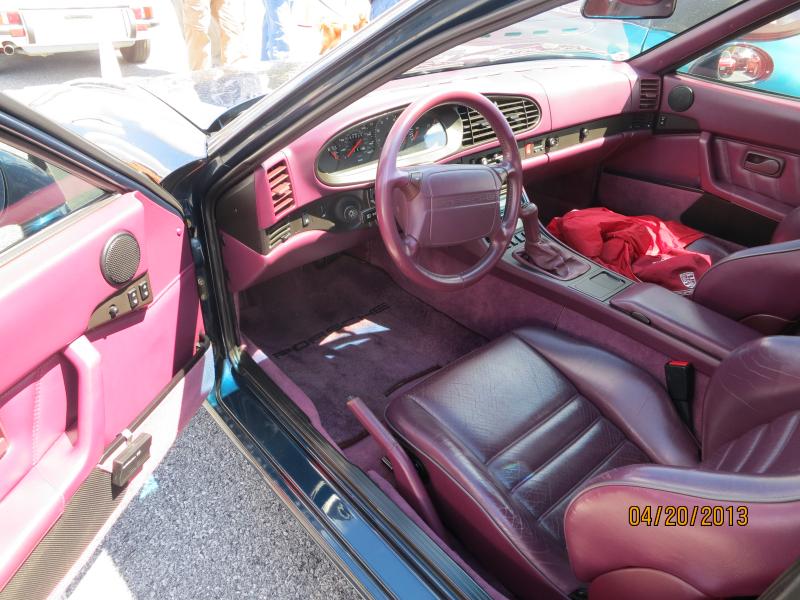