Well, I have been back a week now and the dust has settled from all our fun at the 2011 Parade in Savannah . We had an amazing experience and a trouble free drive so you can’t ask for more then that. Our adventure started on Saturday morning. I had Minty all cleaned up with the bra installed (thanks again Cliff) as we set out on our trip. The Audi was filled with everything else including my wife Sheryl, son Greg, and youngest daughter Julia. The drive down was uneventful. We made great time at the front of the trip but then lost it all in the Virginia traffic but cruised through the Carolinas and got to Savannah at Midnight. A 17 hour trip including stops. We checked into the Marriott Riverfront where we had a nice view of the river. Then off to register and check out everything at the convention center. Things were hopping but the event was well organized. Lots to see and so many cars. The large cafeteria had been turned into a concours prep area with probably 75 cars and owners busy cleaning their machines.
After some time checking things out we went back to the hotel to give minty a car wash, relax, and prepare for the welcome banquet. When we returned I met 968ers Joel, Cliff, and Gene in person. We had a nice dinner and then headed back to the Hotel. The next day was concours day so Minty and I had to be at Forsyth park at 7am. Surprise, I was the only Mint green Porsche there and there were about a thousand cars. Between the concours and the car corral I counted about 25 968s. I got to see Jennifer’s Tahoe Blue coupe, which was very cool, but Joel’s buddy’s 968 Speed Yellow CS direct from German was something to see. Awesome. I spent the day socializing with all the Porsche owners and 968ers. My turn to be concours judged came and that was very interesting to watch. Lucky for all of us, the day was overcast so it was a good 15 degrees cooler. It was a fun day and we headed back to the hotel by 3 to get ready for 968 night at the Parade.

At 5pm the 968 group convened at Tubby’s in Thunderbolt. We had a great parking area out front where all the 968ers parked, we socialized for a few hours, then enjoyed a great meal and I did my “first ever” 968 coupe production presentation. Cliff won the 968 coupe production tech quiz with 12 out of 20 correct answers (nice job Cliff!). Everyone had a great time. 10am on Tuesday had us meeting up at a park for Joel’s 968 drive. This was a blast with about 12 968s and one guest 928 in our caravan. There is nothing like having someone who knows the area show you things that the typical tourist would miss. Joel’s main theme was an old race track, long since covered over by progress but Joel pointed out the sections that were left. In addition he showed us some beautiful, behind the scenes areas of Savannah . This included the over 300 year old majestic oak, a couple of parks, and we finished up at the exclusive Henry Ford plantation. The funniest thing was when one of our 968 drivers lost a heater control valve at one of our stops. But then Gene pulled a replacement valve out from his car and provided it to the owner to do a repair and get back on the road. Gene, you must have been a boy scout! Joel got us into the Henry Ford plantation for a delicious lunch and our own private tour of the grounds and Henry Ford’s home which was amazing to see. The drive went very well and we all saw so much more of Savannah.

We said goodbye to our 968 friends and headed back to the hotel. Tuesday night was the concours banquet where I was surprised to find I had taken first in my class. Wednesday we took some time to tour downtown Savannah and then headed to Tennessee for a visit with my wife’s Aunt and then home. Greg and I battled for best gas mileage with the direct injected Audi 2.0T returning 31mpg and defeating minty who was getting 27mpg. We did purchase gas in Virginia for $3.38 a gallon, the best price we saw, and no problems with the Law enforcement officials. Minty performed great including my A/C which had to battle those high 90’s temperatures. We had such a great time and saw so much. The parade committee did an excellent job with everything being well planned out. For our 968 events, we could not have done it without the help of Savannah resident and fellow 968er Joel Carter. Joel helped with picking out all the locations and putting the fantastic drive together. I’m sure I speak for everyone with our great thanks to Joel for all his efforts.

That about covers it. The Parade is in Salt Lake Utah for 2012 so we won’t be making that drive but I’m sure we’ll hit some other events. Let me know if you are thinking of an event and we’ll share the info with the 968 register members. Here are some photos for you. 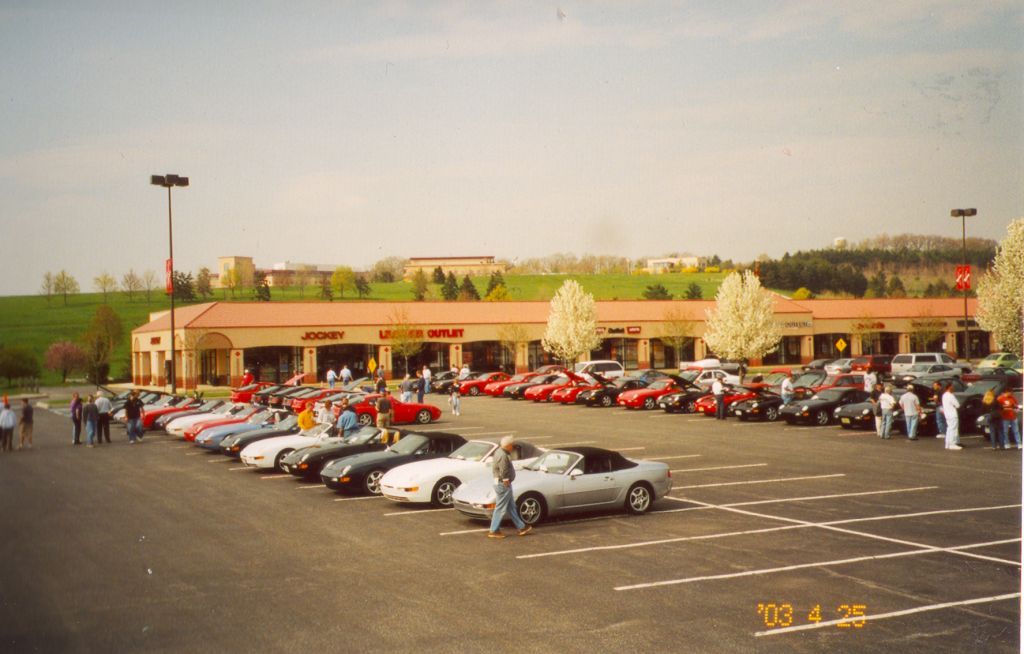 Spring is coming and so is the Hershey Swap Meet…our annual chance to gather, gab, and engorge on chocolate and fun in […] 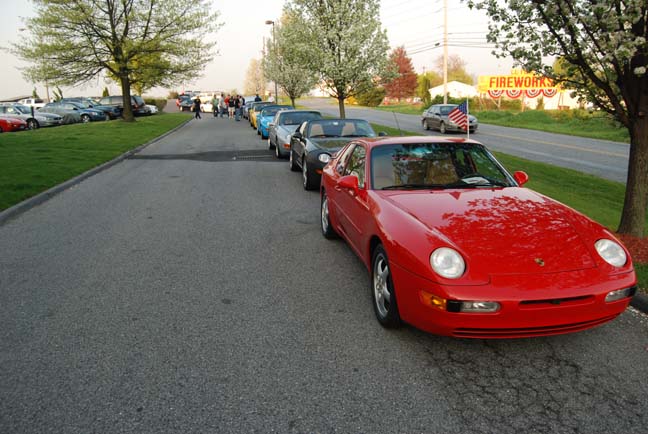